This five minute episode features Eric Holthaus, a writer, reporter, and father of two kids who is passionate about reshaping climate stories. In this short video, Eric tells us about how the climate conversation has shifted over the past five years to focus more on the emotional barriers to action. Eric explains how he makes sense of his personal call to action to shift perspectives, amplify others’ voices, and build from a foundation of love.

Human stories at the heart of the climate crisis

If you get super bogged down in thinking about the scale of what’s happening, it will either be paralyzing to you or it will be super motivating. How can you talk about it and how can you think about it in ways that invite action rather than paralyze people?

“The system is not working for hardly anyone and it’s now reached a sort of crisis level, to the point that the earth itself is sort of like rejecting the system.”

And that’s really disorienting, for me at least, to sort of figure out how I fit in, or what work is even – what type of work is even meaningful to be in.

Mid 2016, climate policy and climate discussions were mostly about, like, achieving agreement, and implementing policies, and talking in a way that was sort of divorced from how people were feeling about it. That is absolutely not to say that any of those feelings didn’t exist then, they were just not being heard.

I think that for hundreds of years, there’s been the similar feeling of catastrophe ongoing and powerlessness to stop it – mostly from people in the front lines of imperialism and colonialism and capitalism. For hundreds of years now. So this is not new – what we’re feeling right now is absolutely not new. To anyone paying attention, it’s obvious that the problem is out of control.

I think for, especially me, as a white man in a rich country, I think the word is like  “Pass the mic”. Because I, for whatever random reasons, have a large platform – and actually those reasons are not random at all – it’s like I have cashed in on this historical privilege and now it’s my responsibility to to give that privilege – literally give it – to people who need to be heard right now.

As a storyteller, and as a journalist, there are stories that I cannot tell, or shouldn’t tell – it’s not my place – but I do have a path for those stories to be heard more prominently. That’s sort of at the core of what I’m trying to do is to provide space for reimagining the stories that we tell ourselves about who we are, where we’re heading, and what we are able to do.

We are the system

Because too often, I think we get locked into this really like destructive line of thinking that “Well not everything is our fault, and so, therefore we don’t really have to change, and we don’t really have a way of directly accessing the system”. But then it’s like, “Well we are the system,” you know, and we need to understand that we decide every day to participate in that system. We can do anything we need to do. The future is not written in stone, none of this is already predetermined, it’s all being renegotiated every single day.

“This is the time for people to be revolutionary just because that’s what the times demand of us, and we are alive right now, and there’s no one else that’s gonna do it, so it has to be us.”

My motivation is just that it has to be done. And not only in the passive voice that “it has to be done”  but “I have to do it”. This is the time for people to be revolutionary just because that’s what the times demand of us, and we are alive right now, and there’s no one else that’s going to do it, so it has to be us. There’s just really no way around it.

Love as a model of a world

If you get super bogged down in thinking about the scale of what’s happening, it will it will either be paralyzing to you or it will be super motivating, and I’m really interested in – what’s the difference in those, how can you talk about it and how can you think about it in ways that invite action rather than paralyze people?

I mean, this sounds so super cheesy. It really feels like loving each other. Love as an action – that’s a model of a world that can exist that just doesn’t…yet.

“Love as an action – that’s a model of a world that can exist that just doesn’t…yet.” 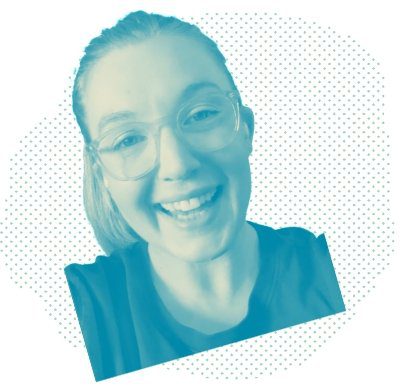 A note from Rachel

This blog contains the transcript of an edited-down conversation I had with Eric about his writing, his own eco-anxiety, and his personal call to action in this climate emergency. Specifically, I asked him about this piece he wrote in 2016 for Slate entitled Climate of Fear: What it’s like to think about climate change all day, every day, where he says “even if things are going to hell, there’s still a constant stream of beauty and priceless things worth fighting for.”

We talked about where he sources his courage, and how he makes sense of his personal responsibility to tackle something that is so much bigger than any one of us. I hope you enjoyed this five minute snapshot of our conversation.